When Spec Tennis & Pickleball Work Together The Joint Benefit Is Huge 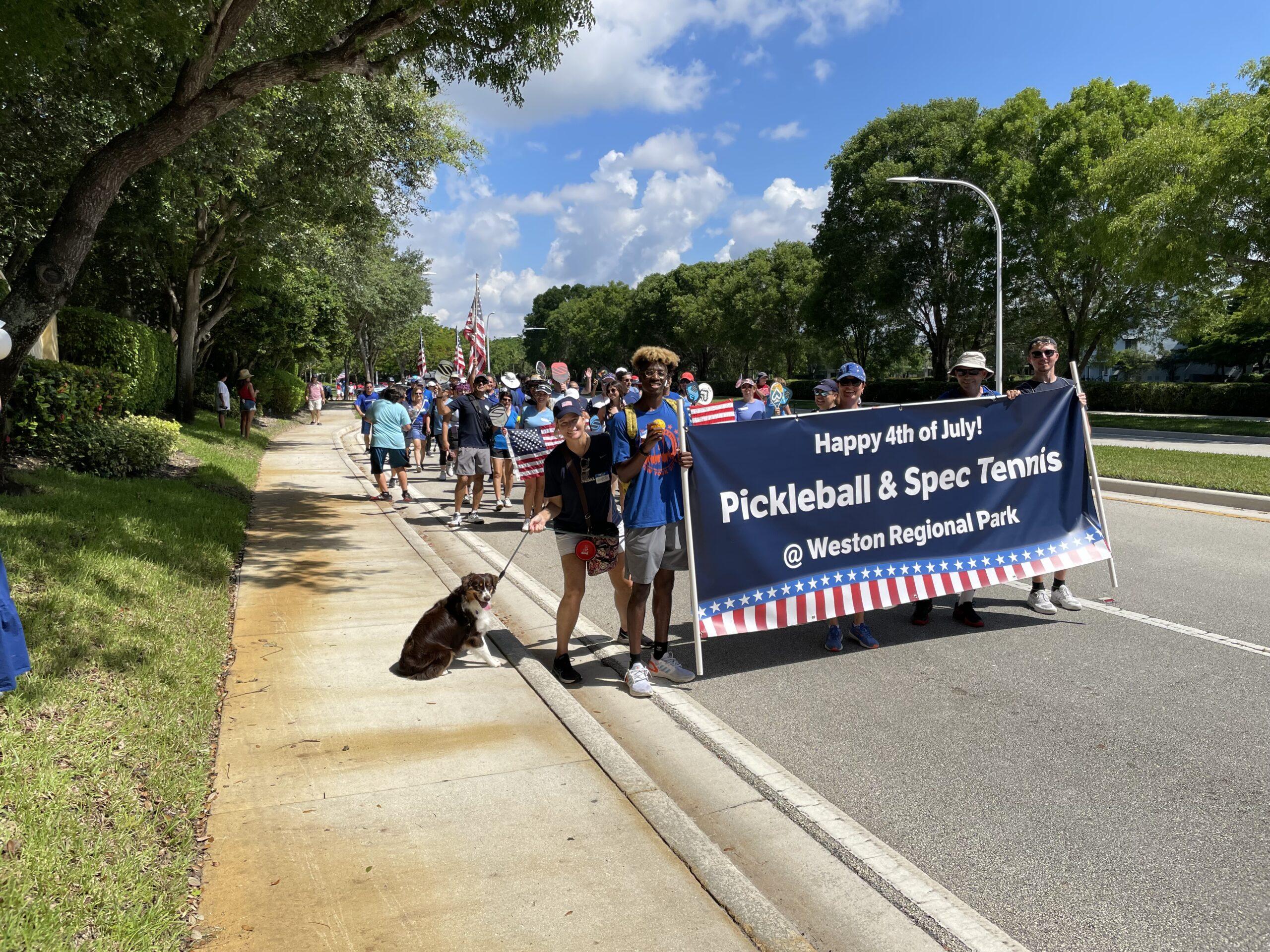 Why Should Spec Tennis & Pickleball Groups Work Together?

When both Spec Tennis and pickleball are popular in a given community, there is often a need for more courts to be built.

I’m going to use Weston, Florida as an example. They have a group of more than 50 players who play Spec Tennis regularly, and the group is experiencing steady growth each week. The only thing holding them back from growing even faster is the lack of available court time.

This is because pickleball is also popular in the area. Ricardo Marcotulli, a Spec Tennis Ambassador in Weston, saw this as an opportunity though. He felt the solution was to join forces with the pickleball group and begin lobbying the city to build more courts.

When he first started playing Spec Tennis on the pickleball courts in Weston, the pickleball players weren’t too happy. But over time they saw they came around when they saw he was a good person and had the same goal as them; to get more courts built.

The two sports can co-exist and when both groups are advocating for more courts to be built, this is a much more powerful argument when it’s presented to the city.

Ricardo in Weston has had multiple meetings with city officials and it’s beginning to look like the city is leaning in the direction of building new courts as a result.

On July 4th, he wanted to show them how serious he really was, so he organized for a group of 65 Spec Tennis & pickleball players to march in the city’s 4th of July Parade. They held a banner that read “Pickleball and Spec Tennis @ Weston Regional Park”.

Ricardo’s story is a great example of having a problem but instead of letting that discourage him, he found a great solution where all parties involved are happy.
The problem: Not being able to play Spec Tennis enough due to heavy court usage.
The solution: Get more courts built by teaming up with the pickleball group and presenting a very solid argument to the city as to why more courts are needed.

The more people out there that have a vision like this, the more both sports will thrive.
I’ve talked to pickleball players in the past who sometimes feel threatened when Spec Tennis gets played on “their courts” (that’s right they often act like they own the courts, even though the courts are public) but after I explained to them how the two sports co-existing on the same courts will actually be better for both sports in the long run because more courts will continue being built, they changed their attitude.

If you are dealing with a similar situation in your area where it’s hard to get on a court to play Spec Tennis and you’d like me to get on a call with your town/city or the local pickleball group in the area to discuss this topic, shoot me an email nate@spectennis.com