Transform Your Tennis Program While Also Growing the Game of Tennis 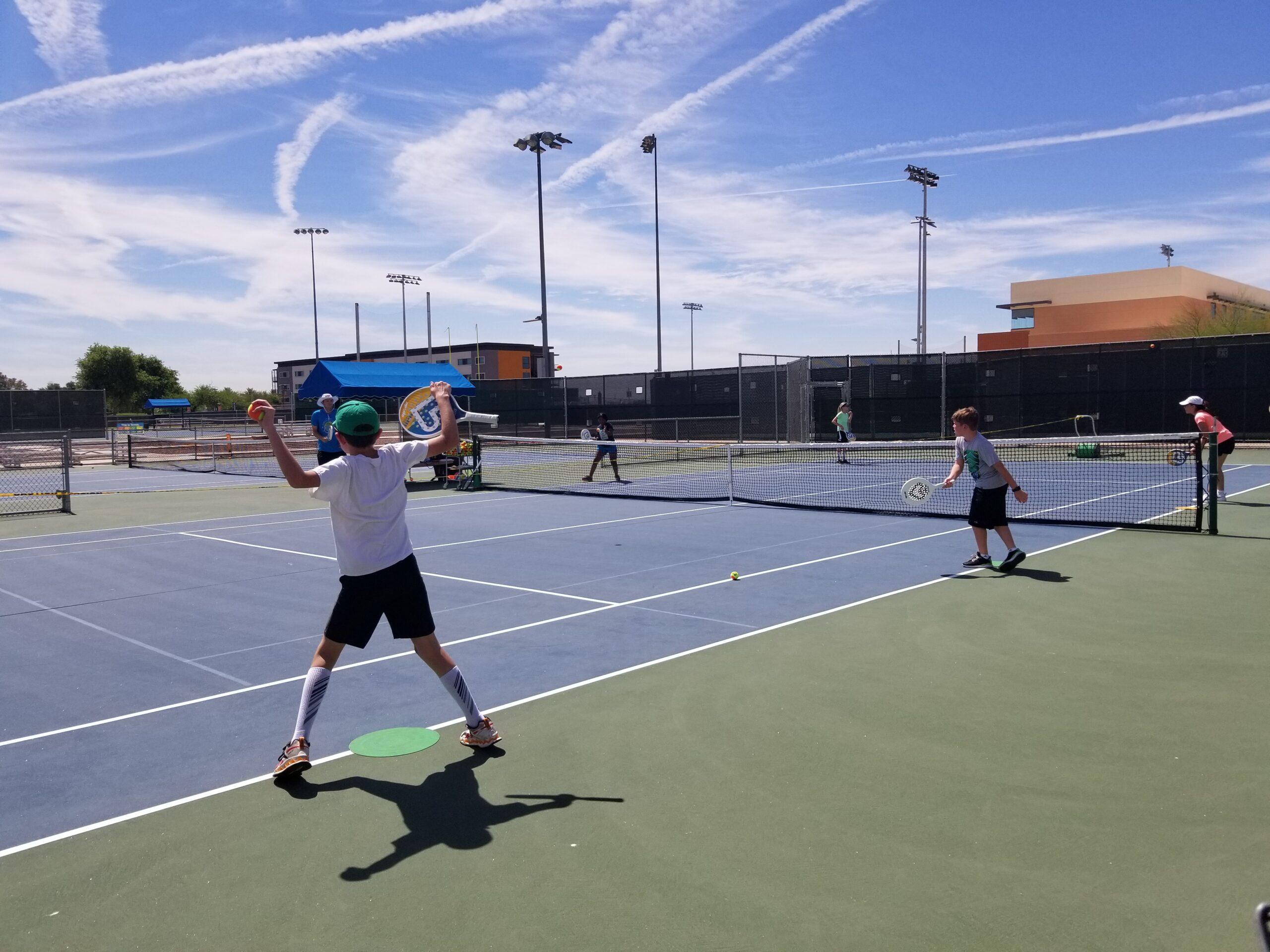 Today, I’m going to tell you about a tool that 1) can easily be implemented at any facility 2) will grow the game of tennis and 3) can single-handedly transform your program into a well-oiled revenue-producing machine with the highest member satisfaction.

All I need from you is an open mind, sound good?

Spec Tennis was created in 2016 initially as a social sporting experience, but then everything changed when I decided to try using it in my tennis lessons as a training tool.

I found I was able to develop players at a much faster rate than when I was using a traditional tennis-only approach. I also broke the barrier of the low player to coach ratios we see in the tennis industry, and fixed the problem of players not practicing effectively outside of their lessons & clinics.

I taught players the same techniques and tactics that I would teach them in tennis but they were having more success! Why? Because we were using a Spec Tennis paddle and an orange dot ball on a smaller court. The sweet spot was closer to their hand, and the ball was ending up in their optimum strikezone.

In case you haven’t heard of Spec Tennis before today, it’s played on a pickleball court with an 18” foam core paddle and an orange dot low compression tennis ball, with an underhand serve, no-ad scoring, and short sets.

The best part? Since Spec Tennis is a dual-threat sport–meaning it serves two roles, one as its own social sport and another as a tool for learning tennis, there is no negative stigma attached to it like many have with the ROGY system.

No one feels like they are playing ‘kids tennis’ and so the buy-in is huge, especially when they see how quickly they have success in every skill. Success is what knocks over all the other dominos, and you start seeing 1) players playing more often 2) improving faster and 3) actually practicing skills you teach them on their own.

Spec Tennis Can Be A Great Addition to Any Club or Facility.

1) You don’t have to build new courts or modify your facility.
If you have pickleball courts already, great that makes it even easier. If you don’t that’s fine too, it can be played in the service boxes on a tennis court or can be set up in 10+ minutes using portable nets. It also works really well on clay courts and platform tennis courts.

2) Attract a Larger % of the Membership to Your Courts.
Maybe your club has swim members that have never used the tennis courts before. Spec Tennis has the power to attract
these type of members when they witness the smaller learning curve and can envision themself being able to play it with their family.

3) Have the Ability Run Larger Clinics & Accommodate 4x More Players.
You can fit 4x more players on 1 tennis court so you can run larger clinics and accommodate more members, or you can have multiple pros teaching different lessons/clinics on the same tennis court simultaneously. ( Side note: I ran a 14-player clinic on 1 tennis court for 12 weeks, and I taught the class by myself; part of the reason I was successful was because it was a Spec Tennis clinic).

4) Increase Player Retention.
There are so many alternative options that players can be doing. Not only do we lose tennis players to other sports, but even to things like video games. When we ensure that our players get the full experience of actually playing the sport, we have the best chance of not losing that player; afterall tennis is a pretty great sport, we just need to allow our players to see that.

The commonly used approach of doing dead ball drills in a clinic with the coach feeding balls to kids standing in a line is the fastest way to get players to quit tennis; it takes the fun out of it and the players don’t get to actually compete against their peers. You don’t have to do this in Spec Tennis, and you can quickly do rally-based games.

5) There Is More Revenue Potential with Spec Tennis Than Pickleball.
This is a bold statement, but hear me out. Pickleball is like going to the movie theater and sneaking in your own snacks, whereas Spec Tennis is like going to the theater and buying everything that they offer you at the concession stand. Movie theaters don’t make much money from the admission ticket; where they make their money is the concession stand.

Pickleball revenues come more from the social side and less from the instruction side. Things like social events, tournaments, leagues, and court fees, but less high ticket items like lessons and clinics. This is for two reasons: a) the demographic of players often isn’t looking to take a weekly lesson, and b) for those who might be, they get to a high enough level quickly to where they drop the lesson and go play socially.

Why is Spec Tennis different? Revenues from the instruction side are sustainable. Players will take recurring lessons like they would in tennis, and if they need to be challenged more they can transition to tennis.

6) Hold Very Successful Social Events.
I’ve seen clubs where they had to cancel the Club Championship because not enough players signed up and a lot of it was due to egos. In Spec Tennis, you’re able to mix levels together seamlessly and players aren’t worried about losing a match to their buddy like they are in tennis.

So How Do You Get Started With Spec Tennis

You have two options.

Option 1 is to click the “Shop” button in the upper right hand corner of your screen and buy paddles.

Or if you’re really fired up and would like to promote Spec Tennis in conjunction with starting it at your facility, you can apply to become an Ambassador HERE

Whatever you decide to do, I’m here to support you along the way, and am always open to chat about how you can make it a big success at your facility.

Feel free to shoot me an email with any questions, nate@spectennis.com

P.S. You’re Just One Rally Away…
(In our case as coaches, we’re just one rally away from changing lives).