Spec Tennis is to Tennis As Futsal is to Soccer 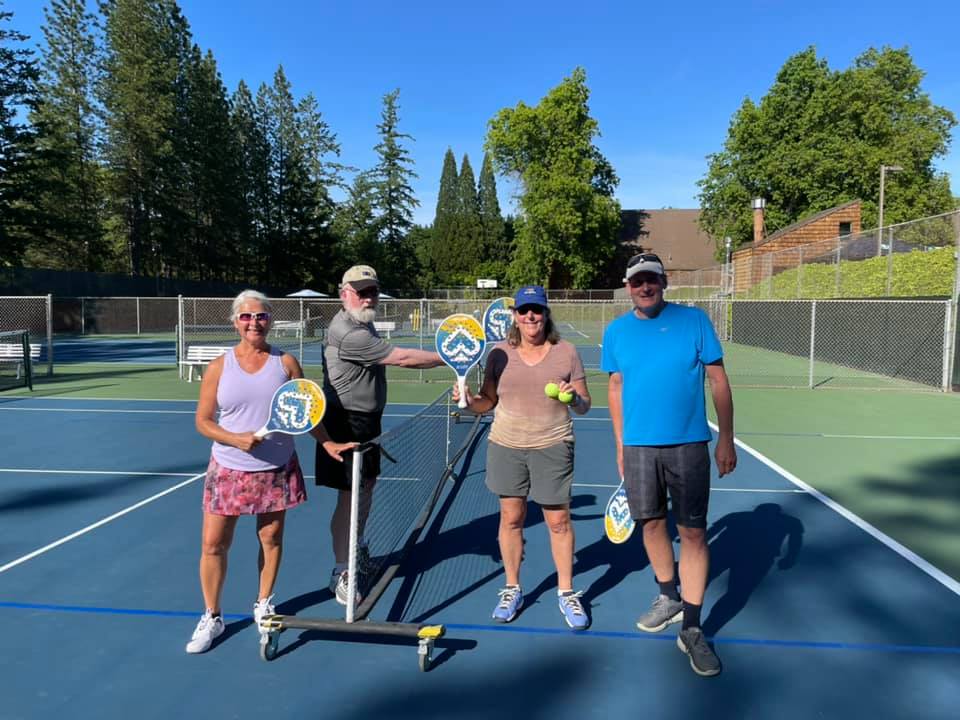 If you’ve never heard of futsal before, it’s a modified version of soccer. It’s played on a smaller field with fewer players and a modified ball. It’s become the norm if you are a high level soccer player to train with futsal.

Why? By playing on the smaller field, players develop great control and tactical awareness; they have to create plays in a smaller space.

After playing futsal, when they go back to the larger soccer field, everything seems easier, since they have a lot of space.

World class soccer players like Reynaldinho, Neymar, and Messi all credit futsal for helping to develop their soccer skills.

So how does this relate to tennis? Well, tennis players train for tennis by playing tennis, but this has limitations.

What if there was another sport that tennis players could play to greatly improve their control, patterns and tactical awareness?

That sport has arrived and it’s called Spec Tennis.
It’s played on a smaller court with a slower ball and a circular paddle, and that’s why I make the connection to futsal.

Here are some benefits I see in using Spec Tennis to train for tennis:

1) “Players that play in a small space can see the whole court visually, and can also see and understand patterns and tactics better,” said Styrling Strother about Spec Tennis, “Many times we have more difficulty visually recognizing developing patterns because of the bigger space of a regulation tennis court. But once you open up the space after playing in a smaller space, you play with the small court mindset which increases precision and reduces errors.”

2) Specific patterns, even advanced ones, can be executed effectively.
Imagine you have two tennis players and you want one of them to construct a point where they eventually get to the net and close out the point with a volley. Many possible things could happen when you try this on the tennis court:

3) Specific tennis skills can be learned quickly.
Have you ever worked on poaching with a group of intermediate adults for example? You might be able to have some success in a controlled environment that you as the tennis pro set up, but what happens when you see that group playing a practice match? They don’t poach a single time. Poaching is a daunting task. The potential for them to have to run across the court a great distance to intercept the incoming ball leads to a lot of uncertainty by the poacher, and they elect to just let the ball go instead.
Now, if you train poaching in Spec Tennis, it’s a lot easier to execute, as the width of the court is nearly cut in half, making a high percentage of balls poachable.
More success leads to more confidence, and once they have that confidence, these players start doing the same thing on the tennis court as well.

Tennis can be a grind especially at the competitive level. It can be nice to be able to mix things up by playing Spec Tennis for fun sometimes, especially since it will help their tennis game. I played competitive junior tennis as well as college tennis, and saw a lot of players get burned out. Had they been able to mix things up just a little bit by supplementing with Spec Tennis, maybe they wouldn’t have lost their initial love of tennis.

Spec Tennis is the racquet sport that has the most direct translation to tennis so why not give it a try?

If you’d like to test out Spec Tennis to see how it works with your players, shoot me an email nate@spectennis.com