Pop Tennis vs. Spec Tennis (Tell Me The Differences!) 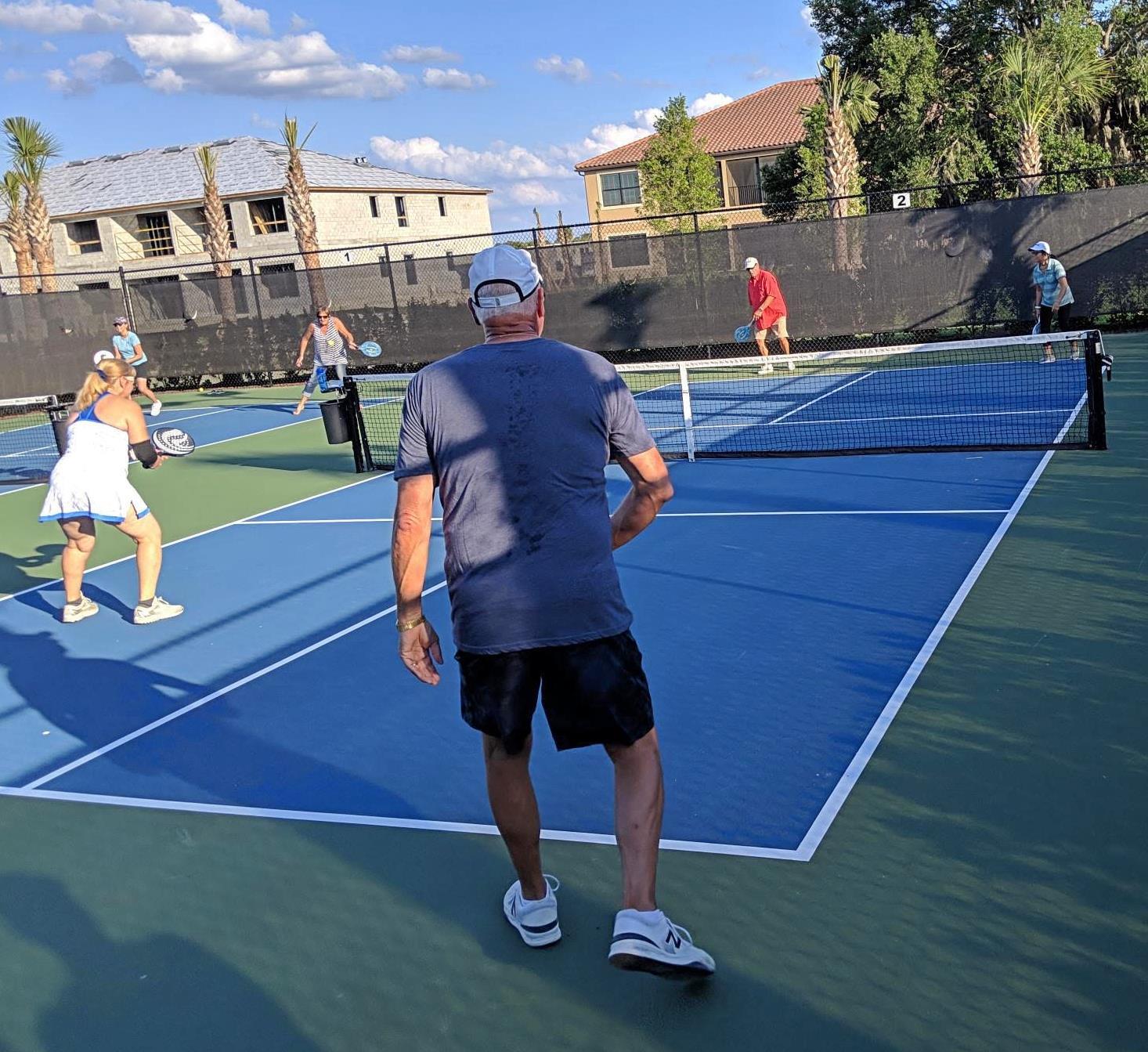 ﻿“There are so many alternative racquet sports I can’t keep track of them all!”

Rest assured that by the end of this post, you will understand the differences between Spec Tennis and pop tennis.

Pop Tennis is a re-brand effort of the paddle tennis that they play in Venice Beach, CA.
Spec Tennis was created in 2016 by a tennis teaching pro in Northern California.

Spec Tennis is played on a pickleball court which is 44 feet long by 20 feet wide. The same court dimensions are used for both singles and doubles in Spec Tennis.

Spec Tennis can also be set up on any tennis court or hard surface. This makes it extremely accessible, because last time I checked there are over 250,000 tennis courts in the U.S. alone and with pickleball being a fast growing sport, there are new pickleball courts being built everyday.

Due to the dimensions of the pop tennis court, you can only fit one of these courts on one tennis court. This means a maximum of 4 players can play at once. Now this might not be of concern to you, but if you are a tennis coach or club for example than it might be.

With Spec Tennis you can fit 4 Spec Tennis courts in the amount of space that 1 tennis court occupies.
What does this mean? You can have 16 players playing doubles at the same time.

This is a HUGE benefit for clubs and coaches because fitting more people per court can lead to more revenues generated from lessons, clinics, & court fees.

Whether or not the setup is permanent (where one tennis court is permanently converted to 4 Spec Tennis/pickleball courts) or temporary, both provide this benefit.

Pop Tennis uses a teardrop shaped paddle with holes, and a green dot low compression tennis ball (25% less pressure than a regular tennis ball) The paddle is a maximum of 18.5” inches long and is approximately 1.5” thick. The average weight is over 12 ounces. The same paddle is also used for another sport called padel.

Spec Tennis uses a circular shaped paddle with holes, and an orange dot low compression tennis ball (50% less pressure than a regular tennis ball).
Spec Tennis paddles weight around 10 ounces on average, which is substantially lighter. Because of this players aren’t complaining about the weight of the paddle, like I’ve seen with heavier paddles.
Spec Tennis paddles are up to 0.75 inches thick (about 1/2 as thick as pop tennis paddles).

What does this mean?
Spec Tennis paddles are lighter and not as powerful as pop tennis paddles. This also makes them great for juniors to use.
The ball is faster in pop tennis than in Spec Tennis. The rule of thumb I’ve found is the faster the ball, the shorter the rallies are.

In Spec Tennis you allowed to serve & volley.

In pop tennis, the scoring is the same as tennis.
Spec Tennis uses No-Ad tennis scoring (so 1st to win 4 points wins a game) and also short sets, 1st to 4 games wins a set.

While both sports are fun, Spec Tennis has definite advantages over pop tennis.
1) Courts are more accessible and you have the ability to fit 4x more players per court with Spec Tennis
2) By using a slower ball, smaller court and less powerful paddle in Spec Tennis, players are able to control the ball better and rallies are longer. This is also a reason why teaching players Spec Tennis as a bridge into tennis is so effective.
3) In Spec Tennis the scoring system is simple and easy to remember, and you also don’t have to worry about which of the 2 pop tennis formats are you playing.

One final note before I sign off…In my experience, Pop Tennis may also be a bit noisier than Spec Tennis. In fact that’s how Pop Tennis got its name—due to the popping sound that it makes when you strike the ball. If you are at a facility where noise is something you need to consider (because of problems that can arise with neighbors and people playing on adjacent courts) you will have minimal noise issues when playing Spec Tennis.