How to Play Spec Tennis 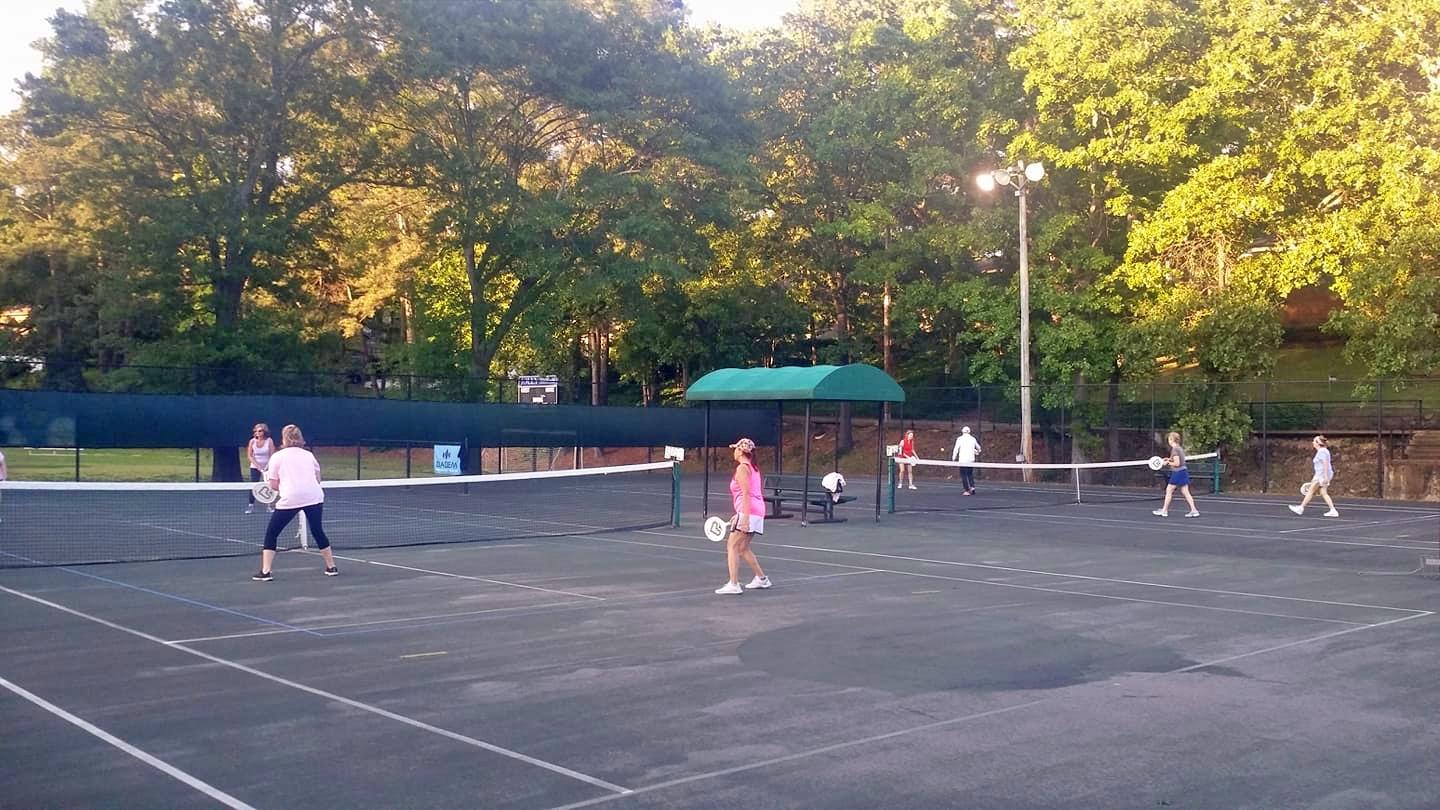 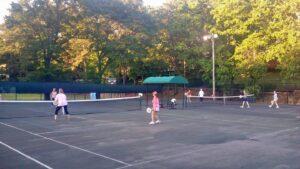 The rules of Spec Tennis are very simple, and courts to play it on are very easy to find. It’s officially played on a pickleball court (which measures 44 feet long by 20 feet wide) but you can also play on any tennis court or hard surface. Because of how accessible it is, I’ve seen people playing in parking lots, driveways, on basketball courts, and even inside of the airport!

Let’s get in to how to play Spec Tennis now.

After you’ve identified the court you want to play on and you have the equipment (Spec Tennis paddles and orange dot low compression tennis balls), you’re ready to start.

You can play it as singles (1 vs 1) or doubles (2 vs 2), and the same court dimensions are used for both formats.

To start a match (after you’ve identified who will serve first), the server must stand with 1 foot, 4 feet behind the right corner of the court (where the sideline meets the baseline).
Then, they can either drop the ball and hit it or hit it out of their hand, with the requirement being that they may contact with the ball at waist level or below.

This means no ‘overhand’ serves. The server only gets one chance to make the ball land in their opponent’s back diagonal box, if they miss, the opposing team scores a point.

Now if you’re just playing for fun, just estimate the 4 foot rule, but in competitive play, we actually put down a mark that is 4 feet back and the server must have 1 foot on that mark when serving.

The server keeps alternating between serving from the left side and serving from the right side of the court on each new point until one team (or player) wins 4 points. When that happens, then a server from the other team begins serving.

How To Keep Score In Spec Tennis

There are no tiebreakers in Spec Tennis; everything is sudden-death. This means if the score in the current game is tied 3-3, the team that wins the next point wins that game.

Swapping Ends of the Court

The positioning that you use in Spec Tennis mimics tennis, so you’ll often see in a doubles match that both teams have 1 player near the net and 1 player near the baseline.
During the course of the rally, you might end up with both players from your team near the net.
Also, both players on your team standing back near the baseline is an effective strategy.
Can you “serve & volley? Meaning can you serve and then immediately run up near the net? Absolutely.
Is there a “No Volley Zone”? No, you can play from wherever you’d like in the court. If you’re familiar with pickleball, there an area called the ‘kitchen’ or ‘no-volley zone’ which makes it so that you can’t get close to the net to volley the ball. In Spec Tennis, this rule does not apply (and I’ve had a lot of people tell me this is one of the greatest things about Spec Tennis—no restrictions).

My recommendation is to play where you feel most comfortable. Don’t feel pressured to play from near the net and hit volleys if you aren’t comfortable hitting volleys and would prefer to let the ball bounce and play forehands or backhands from the baseline.

Spec Tennis Is Easier Than Tennis

Since you are playing on a smaller court with a slower ball and a less powerful paddle, Spec Tennis is easier to play than traditional tennis.
This makes it very enjoyable for all ages & abilities, as you will experience longer rallies and more exciting points.

In addition to having fun with Spec Tennis, there are also many great benefits of using Spec Tennis to crosstrain for tennis.